The current battle over the future of the Salem Armory Headhouse has brought back into the public spotlight Historic Salem, Inc., one of Salem’s older citizen action organizations.

Historic Salem — often known as HSI — was created by the city in 1944 for the specific purpose of saving what are now known as the Witch House and Bowditch House, both of which had to be moved so that North Street could be widened.

Under the leadership of President George Benson, HSI raised nearly $50,000 to restore the 17th century Witch House and to buy and move the Bowditch House from Essex Street to a new site on North Street. In 1948 the two structures were then deeded back to the city.

The city Park Department was to operate the Witch House as a tourist attraction, and use the Bowditch House for offices until HSI was ready to develop the building as a museum dedicated to Nathaniel Bowditch and navigation. HSI is currently exploring the possibility of opening such a museum.

Historic Salem was inactive in the 1950s, but it was revitalized in 1960 by a group of citizens interested in working to preserve buildings in the Derby Street neighborhood. 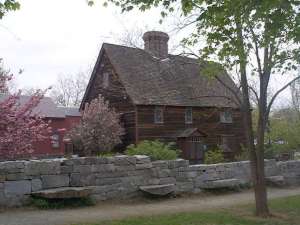 Over the next few years HSI played a central role in the acquisition of the 17th century Narbonne House on Essex Street by the Salem Maritime National Historic Site, and the restoration of the Pickman House at the corner of Liberty and Charter streets. The latter building had been discovered “hiding” under a Victorian roof by Elizabeth Reardon, who would become the organization’s first woman president in 1965.

Eventually the Pickman House was sold to a private developer who could afford to restore it and was willing to agree to the architectural guidelines established by Historic Salem, Inc.

During the 1960s HSI led the opposition to the city’s original urban renewal plan, which called for bulldozing a significant majority of the buildings in the central business district. The group also began offering restoration workshops and historic house plaques for local residents who owned old homes.

The Salem Handbook, published in 1977, provided a guide for homeowners wanting to refurbish old homes in a way that brought out their historical character. from as far away as California.

HSI sponsored the first of its popular house and garden tours in 1973. “Three Centuries of Old Homes” attracted 1,400 people This has remained a popular biennial event and a major fundraiser for the group.

In more recent years the organization has also run the annual Christmas house tour. In 1975 HSI received a matching grant from the National Endowment for the Arts to develop strategies for preserving Salem’s unique character in times of change and growth. The group hired the firm of Anderson Notter to survey and rate the architectural merit of more than 2,000 homes in five Salem neighborhoods. The city then offered low- interest home improvement loans in targeted areas.

Another grant in 1978 made it possible for HSI to inventory more than 1,700 Salem homes and to publish an industrial history of Boston Street.

The following year the organization sponsored the first of its annual Heritage Days road races. The race route was designed to highlight some of the city’s more significant architectural neighborhoods.

In 1984, another grant allowed the group to develop guidelines for the preservation and maintenance of old homes. The group also installed signs at 10 locations in the city highlighting Salem’s ethnic and cultural diversity.

Since the mid-1980s HSI has been increasingly involved in issues and developments that affect the city’s historic neighborhoods. The group successfully lobbied for the demolition delay ordinance adopted by the city in 1985, and for stricter zoning codes relating to residential neighborhoods.

HSI also planted trees, and lobbied to restrict truck traffic in certain neighborhoods. The organization also played a significant role in the redesigning of Riley Plaza and the restoration of the park at Washington and Lafayette streets.