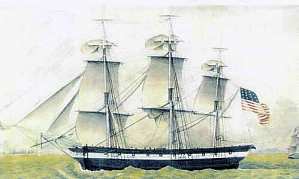 To future generations of Salem residents, 1998 will be remembered as the year the “tall ship” finally returned to what was once one of America’s busiest ports.
Sometime this summer the Friendship nearly-exact replica of a 342-ton ship built at Stage Point two centuries ago, will sail into our fair harbor to its permanent berth at the Salem Maritime National Historic Site. Its presence will serve as a daily reminder of Salem’s remarkable maritime heritage – and of its greatest shipbuilder, Enos Briggs.

Briggs, who built the original Friendship for the firm of Peirce and Wait in 1797, was born in Pembroke, Massachusetts in 1746 and trained there as a shipwright by his father. By 1790 his reputation was such that he was chosen by Salem merchant Elias Hasket Derby to build what a local newspaper of the day called “the largest ship ever built in this country.” Briggs completed the 560 ton Grand Turk in May, 1781, and launched it, with great difficulty, from his makeshift shipyard just east of Derby Wharf.

Shortly after launching the Grand Turk. Enos moved his family and business to Salem. He chose a site on the South River, just west of what is now Pickering Wharf, for his new shipyard. Briggs employed a crew of approximately twenty men and built more than fifty vessels- mostly brigs, ketches, ships and schooners- before his death in 1819. 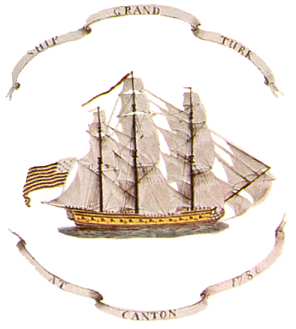 The majority of Briggs’ vessels were sold to Salem merchants plying the lucrative East India and European trades. Elias Derby and Joseph Peabody, two of the town’s most successful merchants, commissioned him to build a combined total of seventeen ships. Briggs’ clients also included Simon Forrester, “Billy” Gray, and Derby’s father-in-law and arch-rival, George Crowninshield. Many of these men, with the help of Enos Briggs’ sturdy vessels, became millionaires before the War of 1812. His choice of profession and a few ill-advised investments prevented the shipbuilder from amassing a similar fortune.

Briggs was occasionally innovative in the practice of his craft. He is known to be one of the earliest shipbuilders to use half-models in the design process and one of the first in America to launch a ship sideways. According to maritime historian Samuel Eliot Morison, Briggs, in his quest for increased ship speed once took the unusual step of designing a New England vessel (Elias Derby’s ketch Eliza) along lines “suggesting both a Baltimore Clipper and the yacht America”. Briggs achieved the desired speed, but at the expense of valuable cargo space (read “profit”). The experiment was probably not repeated.

The Frigate Essex, painting in the Peabody Essex Museum

The apex of Briggs career came in 1798-9 when he constructed the Essex, the largest vessel and only warship ever produced in Salem. Briggs built the 850 ton frigate on Winter Island, one of the few spots on the Salem shoreline deep enough for launching a vessel of that size. Nearly $75,000 was raised through public subscription to finance the Essex and only Essex County materials were used in its construction.
The 32-gun frigate was launched on September 30, 1799 in front of 12,000 spectators and turned over to the infant United States Navy. The seaworthy Essex, arguably the fastest vessel in the American Navy in its time, never returned to Salem but brought fame to her home port when she almost single-handedly destroyed the British South American whaling fleet during the War of 1812.

Briggs died in Salem in 1819 but his reputation has been sustained for 200 years by the constant retelling of the Essex story by naval historians. In just a few months, on the very day the Friendship enters Salem Harbor, there will yet another story to be told about Salem’s master shipbuilder, Enos Briggs.