At the corner of Essex Street and Hawthorne Boulevard sits the Peabody Essex Museum’s Crowninshield-Bentley House, a gift to the Institution from the Hawthorne Hotel in the late 1950’s. The value of this classic Georgian residence (1727), which was moved to its present site from the current hotel parking lot, extends beyond its obvious architectural merit. For nearly 30 years, it was the home of Reverend William Bentley, one of Salem’s most productive and beloved citizens. 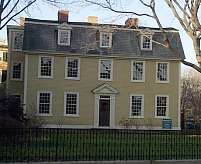 Bentley arrived in Salem from Boston in 1783 and served as minister of the Second Congregational (East) Church until his death in 1819. The newcomer’s ministerial philosophy, which emphasized good works instead of rigid dogma, and his personal warmth quickly endeared him to his parishioners. They in turn were willing to overlook Bentley’s sometimes radical political views and obvious Unitarian leanings.

Bentley led by example. Nearly half of the Minister’s annual salary was spent helping the less fortunate members of his flock and he routinely called upon his wealthier parishioners to provide additional support. Bentley’s generosity was also extended to other religions. In a time of religious conflict and competition, the Minister willingly shared his pulpit with clergy from other Protestant sects. He also actively lobbied for the Freedom of Religion Act of 1811.

Education was one of Bentley’s lifelong passions. He was a vocal proponent of public schooling for all and applauded the establishment of a school for Salem’s AfricanAmerican children. Bentley was a fixture on the town school committee and a popular substitute teacher. 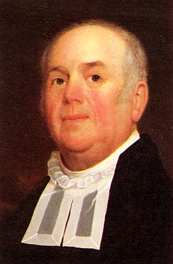 The Harvard graduate (1784) was equally serious about his own studies. He spoke 21 languages, seven fluently, and was sometimes called on to translate documents for the United States Government. Bentley read voraciously, and his reading matter included books and periodicals brought back from other countries by Salem seamen. His personal library of nearly 4,000 volumes was one of the largest in America.

The information he acquired through his reading, and through his correspondence with scholars around the world, often appeared in the twice-weekly columns he wrote for Salem newspapers between 1797 and 1819. These columns combined with both news and commentary on both foreign and domestic issues, ranging from slavery to industrialization to the French Revolution, and were often reprinted in other periodicals around the country. Bentley’s journalistic offerings often reflected his ardent Jeffersonian Republican beliefs.

A lifelong bachelor who required little sleep, Bentley found time to travel extensively and to maintain active memberships in a fire club, a military unit and a local Masonic Lodge. He also helped organize and support a number of music societies and was founder of the East India Marine Society (1799), Bentley’s personal inventory of artifacts and curiosities later became the foundation for the Marine Society Museum collection.

Bentley was not one to neglect the physical self. He maintained his vigorous health through a regiment of harbor swims between the month of March and October and nature hikes. On his walks the portly Minister was usually accompanied by a dozen or so school children, all of whom returned home exhausted but with a much deeper understanding of their natural environment.

Bentley died suddenly in 1819 at the age of 60. The man who numbered among his Friends John Adams and James Madison and, who once refused President Jefferson’s offer to head the proposed University of Virginia, left behind nearly three dozen volumes containing church and town records and his own thoughts on such diverse topics as literature, ornithology and religion, mathematics, scriptures and languages. Eleven volumes were devoted to his personal diary, which was later published in abridged form and which provides us with the most complete and lively look at life in Salem during its Great East India Trade Era.